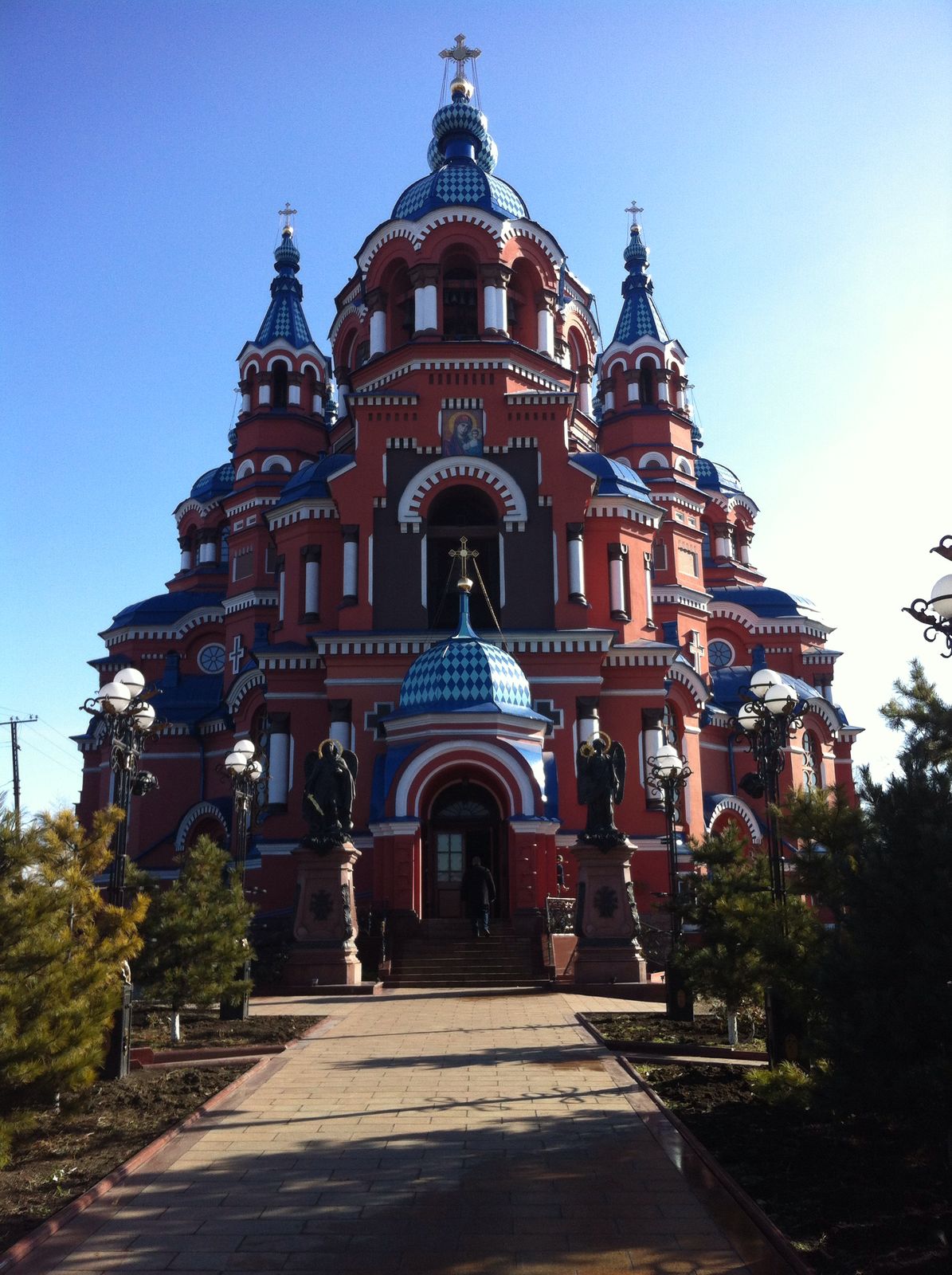 It is difficult to cram 2 weeks and 3500 miles worth of Russia into one blog post, but here goes…

Without cutting the car in half, removing the engine or any other crazy plan, we are left with one option: to leave Russia with the car. Due to high import fees it is impossible to sell or dump the car here. So without any other options we have to take her home. Not a huge problem but a lot of driving. We would have liked to done the trans-Siberian train but instead we get to do it in the car (stop where and when we want).

First stop, Ulan-Ude. The city is nice enough, with a customary statue of Lenin in the centre which is apparently the biggest in the world. Our hostel was a welcome rest from the trials of Mongolia… that is until the second night. Now, I’m all for good Samaritans but when someone brings in an ex-Spetznaz, now homeless alcoholic, intent on showing you his knife and gunshot wounds and keeping you up all night you can’t help but feel a little annoyed. An interesting experience nonetheless.

The next few days we spent in Irkutsk and the west side of Lake Baikal.

We drove to Olkhon Island, a mystical place on the lake that reminded us a bit of the Scottish highlands. The lack of tourists at this time of year was a nice bonus too. 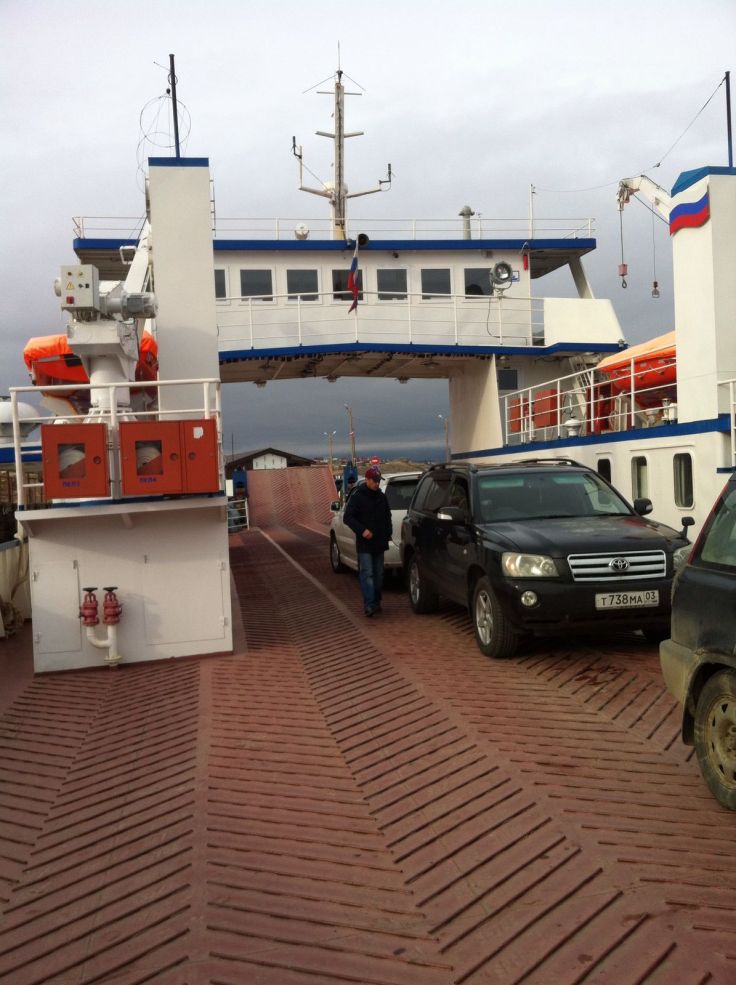 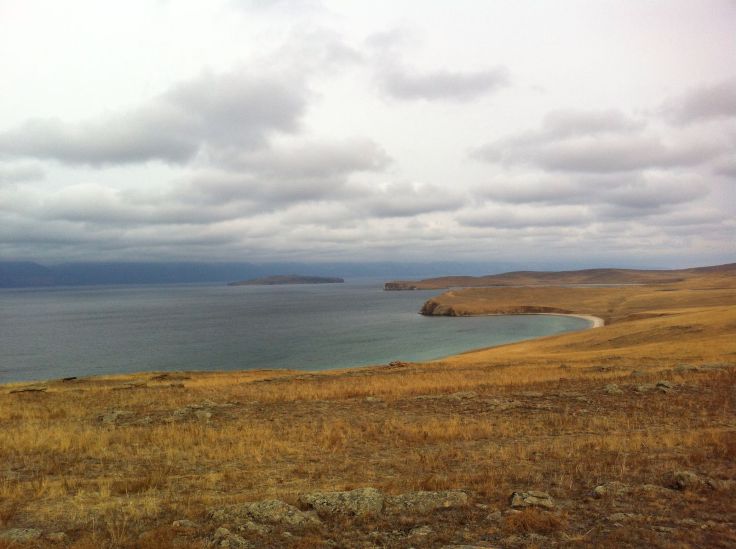 Listvyanka, a holiday village on the shore of Lake Baikal, was our next destination. It has an interesting museum about the lake which contains a sort of submarine simulator (thankfully without the crushing force of being 1600m underwater). 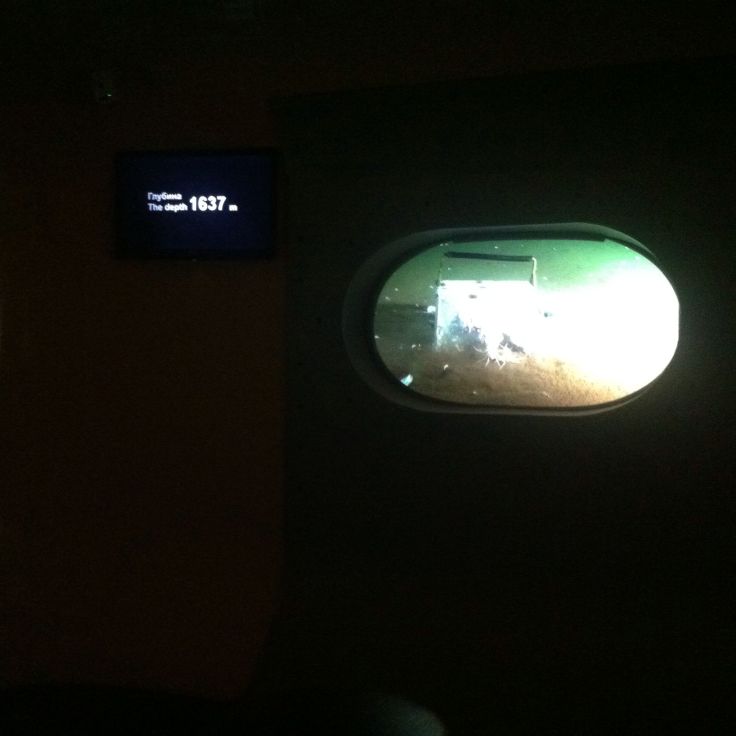 We proceed east through Siberia, wary of the fact that our visas expire in less than 2 weeks. On the 24th we drive 750km through endless snow and pine forest, with the occasional sight of the Trans-Siberian, to Krasnoyarsk.

We spend a day walking through part of the Stolby nature reserve, with its large rock formations, and explore the hydroelectric dam with some people we met at our hostel.

The highlight was a visit to Paraskeva Pyatnitsa (had to google that one), a chapel perched on a hill overlooking the whole city. You might recognise it on the 10 rouble note.

One thing to remember is that, with Russians, a few drinks is seldom just a few drinks. Back at the hostel, via several toasts (everyone at the table has to do one), we share half a bottle of whiskey and a bottle of homebrew spirit.

Hungover, we say goodbye to our friends and drive a measly 350km to Mariinsk and stay there overnight. The next day another 730km to Babarinsk. Russia is big, 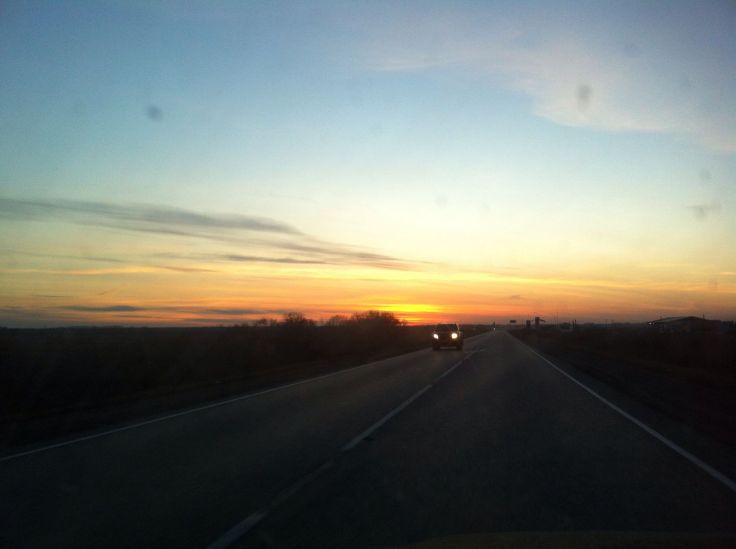 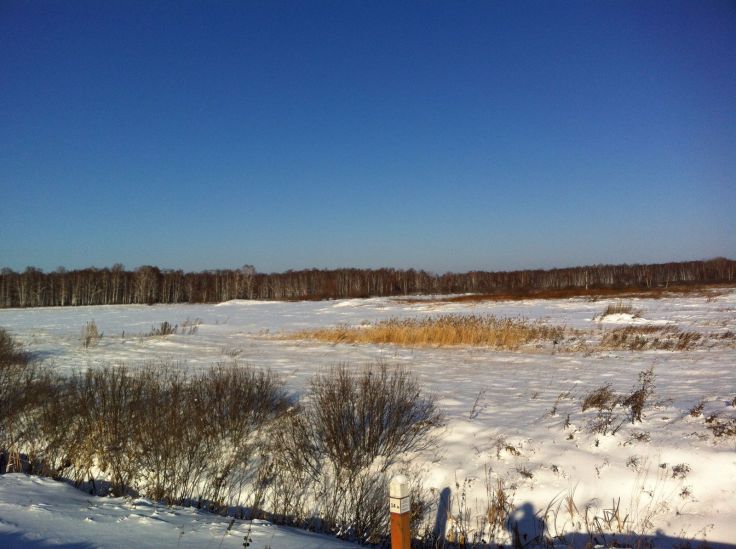 Having decided that it was too long since something went wrong, the car began to make a roaring sound the following day. We drove about 300km to Omsk (the first place we came to in Russia on our first entry) and got some more welding done for the exhaust had broken again in a different place. 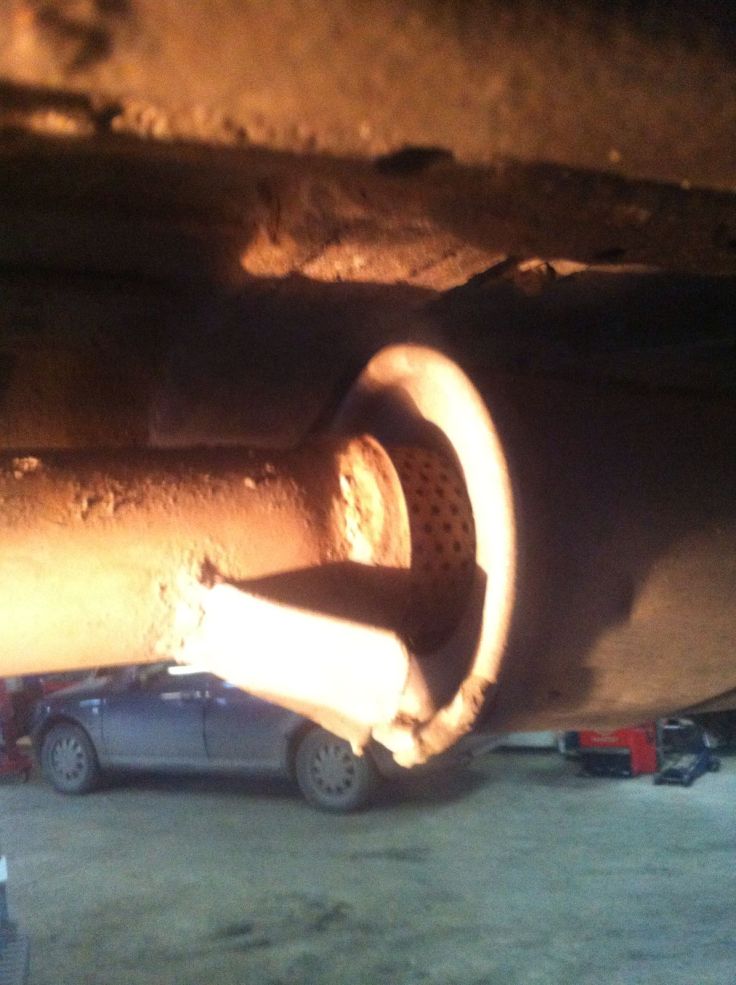 After this, another 160km of driving until the roads became too icy so we slept in a motel.

Now we’re on the 29th and we drove another 620km to Yekaterinburg. Now leaving Siberia, we enter the Urals. Through couchsurfing we found a flat to crash in, we were grateful for the free room.

Glad to make it out of the flat in one piece, we drive 350km to Perm. On the way we stop off at Kungur ice cave, which should really just be called Kungur cave, which had some cool sculptures, pools and the odd stalagmite. 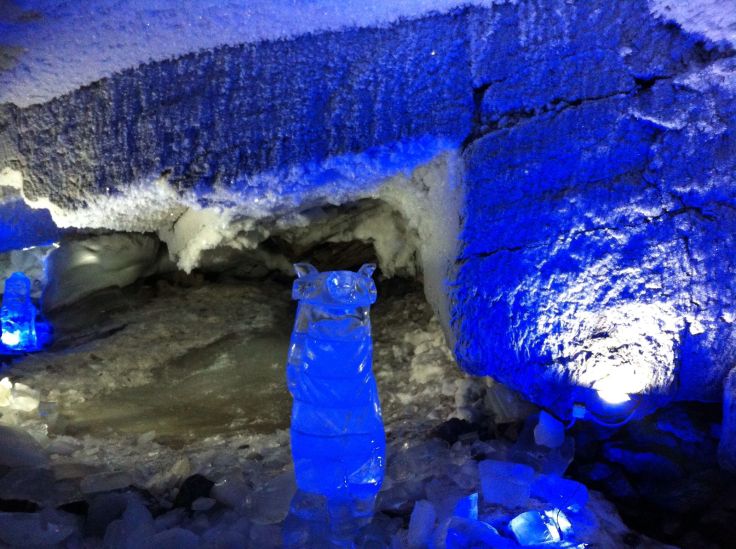 There’s also an old gulag (now museum) some 100km north of Perm, worth a visit because the buildings are well-preserved and give a harrowing insight into the life of prisoners who were interned there., 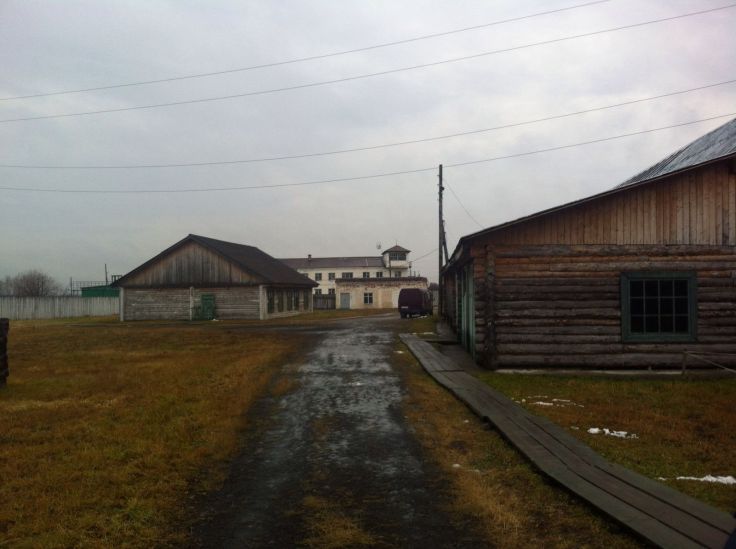 Our next destination was Kazan, some 600km from Perm.

Now, here’s one thing we learnt. Google Maps is not infallible. We decided to take a short cut to Kazan as suggested by Google rather than follow the road signs. This was all well and good for the first 300km or so, but after this we had a 35km stretch of possibly the worst road we have ever faced.

This brought about the scariest situation we have been in so far… We took a wrong turn and ended up down a mud track/river. Then, the car got stuck. In the middle of nowhere. At night. In the freezing cold. In Russia.

Thankfully, there is always someone around to help. We knocked on the window of some guys house in a nearby village and he got his mate to tow us out with his old Lada. Phew!

Shattered, we made it to Kazan after rejoining the road we should have taken.

A day exploring the beauty of Kazan was just what we needed. The Kreml in, Peter and Paul’s Cathedral, Kul Sharif Mosque and the Agricultural Palace are just some of the highlights of Tatarstan’s jewel. 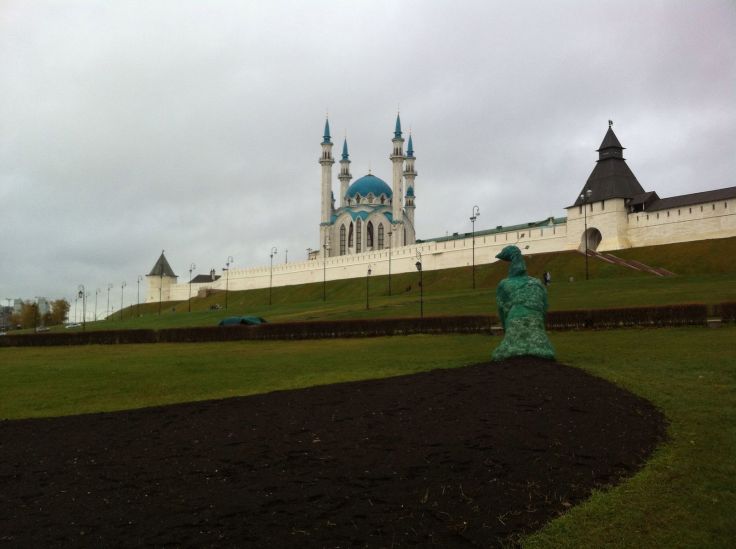 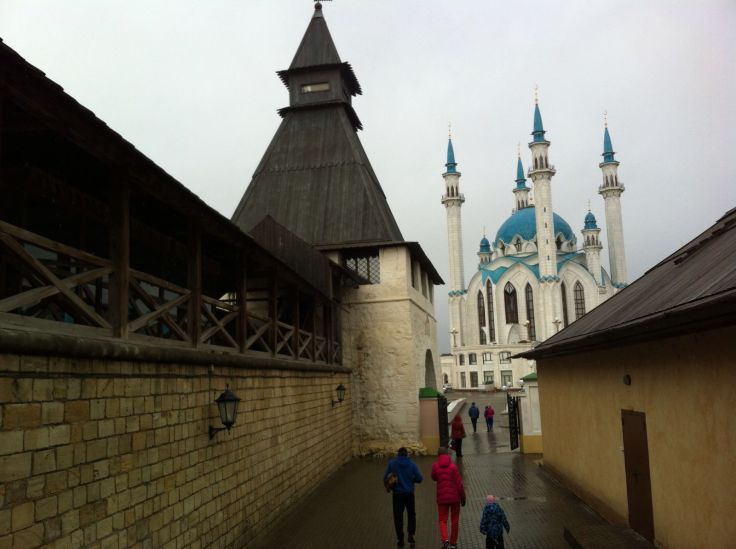 2nd of November now and Moscow is about 1000km away. We drive all day, making it just past N. Novgorod when the whole car starts shaking. Concerned, we turn back to the city and find a mechanic. Through the medium of Google Translate, he explains that the engine cushion is loose and that it cannot be fixed, although we thought it was a clutch problem. Ominously, they told us the car would suffer and that we’d be wise to scrap it. But they assured us that it should make it as far as Europe. As long as it gets out of Russia we’ll be happy.

On hearing this sad news, we drive to Suzdal with the ‘oh-shit-the-whole-car-is-vibrating-again’ thing only happening once more. On the plus side, we gave her a bit of a makeover and washed off 2 months worth of dirt.

What a great, crazy 2 weeks it’s been. And yet Moscow, St. Petersburg and the Golden ring are still to come…